macOS Catalina introduces new security controls. For example, apps are now required to ask your permission before accessing parts of the drive where documents and personal files are kept. Let’s take a look at what’s new for security in Catalina.

Apps now have to request permission to access certain parts of your file system. This includes your Documents and Desktop folders, your iCloud Drive, and any external volumes that are currently connected to your Mac (including flash drives, memory cards, and so on). This is the change that’s been getting the most headlines.

Apple has been pushing permission-based access for a while on iOS, and we’re seeing more of these security policies make their way into macOS. When you first upgrade to Catalina, this can result in a blizzard of permission request dialog boxes. This has led some to compare the feature to Windows Vista’s full-screen security prompts (but in reality, it’s nowhere near as egregious).

And I haven't even begun to do actual work yet.

This could be Apple's shining Windows Vista moment. pic.twitter.com/CxuVhA3BxV

From a security standpoint, it’s a change to be welcomed, though it can take some time to get used to. Not every app will request access, either. In our tests, we were able to open and save files using markdown editor Typora, but navigating to the Documents folder in Terminal using the cd ~/Documents/ command prompted a request for permission.

Want to be more productive on your Mac? Add another monitor, and you’ll spend less time switching between spaces, tabs, and windows. With Catalina, you can even use an iPad as a second monitor with the new “Sidecar” feature.

First, you have to pick the right monitor for the job. Your budget will play a large role here, so first, decide what you want to spend, and which features are most important to you.

Here are some things to consider before you choose a monitor:

If you have the hardware and budget for a 4K monitor, the HP Z27 comes highly recommended from sites like Wirecutter. You can get the reduced, 1440p resolution version of the same display for a few hundred dollars less.

Apple says LG’s Ultrafine 5K display is suitable to use with its latest range of laptops. This display uses Thunderbolt 3 to drive the monitor and simultaneously provide 85 watts of charge for your laptop over USB-C. Acer’s XR342CK 34-inch curved display scores top marks for an ultrawide if you have the necessary desk space.

RELATED: How to Use Your iPad as an External Mac Display With Sidecar

Can Your Mac Handle It?

It’s important to make sure your Mac is powerful enough to drive any external displays at the resolution and refresh rate you need. One easy way to do this is to check the technical specifications of your particular model. To find your model, click the Apple logo in the top-right corner of the screen and choose “About This Mac.”

Search for your exact model on Apple’s website (e.g., “MacBook Pro Retina mid-2012”), and then click “Support” to reveal the technical specifications sheet. Under “Graphics and Video Support” (or similar), you should see something like, “Simultaneously supports full native resolution on the built-in display, and up to 2560 by 1600 pixels on up to two external displays.”

With macOS Catalina, iTunes is gone once and for all. Music, videos, and podcasts have new apps, and Finder now handles syncing and device backups. Here’s what you need to know in a post-iTunes world.

Music is Now Found in the Music App 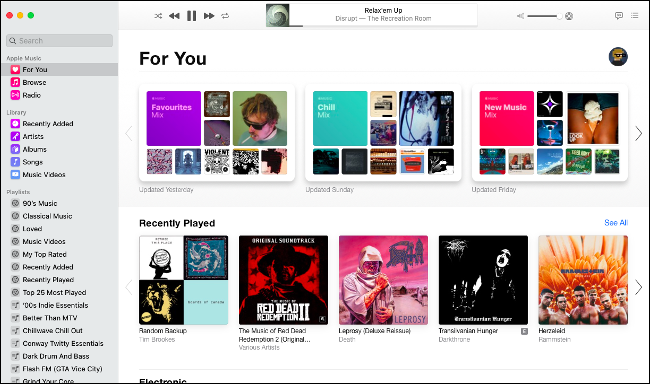 macOS Catalina includes a new app called Music, which uses a very similar app icon to the one once used by iTunes. This is where you go to stream Apple Music, access previously purchased music, manage your local music library, and make new digital purchases on the iTunes store. This is also where you can find Apple’s library of music videos.

The Music app looks very much like iTunes, albeit streamlined and slimmed down to focus purely on music. If you have an Apple Music subscription, the app should automatically populate with your iCloud Music Library, provided you are signed in to your Apple ID under System Preferences > Apple ID.

The Music app won’t show the iTunes Store or your star ratings by default. You can re-enable these features by clicking on Music > Preferences then enabling “iTunes Store” and “Star ratings” on the General tab. These preferences are very similar to what you would once find in iTunes, including the ability to specify local media folders under the Files tab. 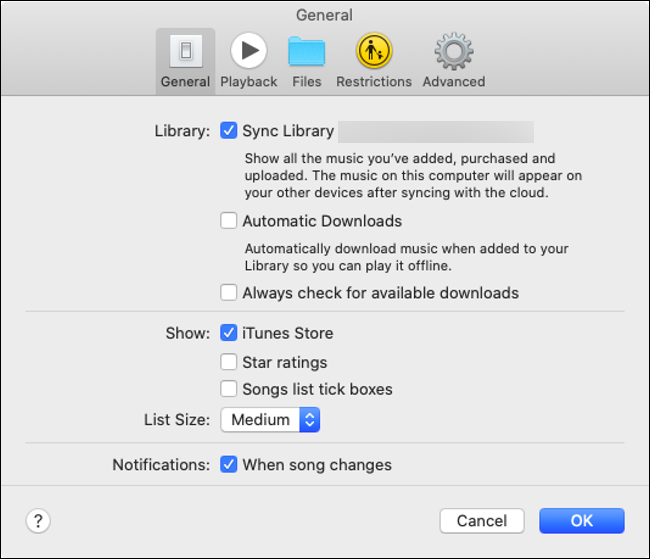 Click on the quotation icon in the top-right corner of the screen to view lyrics where available. You can also click on the list icon next to it to see what songs are playing next. Access the old iTunes mini-player by clicking on the album artwork in the Now Playing box.

If any other users have shared their library locally, you’ll see a small drop-down box next to “Library” in the sidebar. Click on it to reveal any other libraries you can connect to.

AirDrop lets you send files, photos, and other data between iPhones, iPads, and Macs. Like all wireless tech, though, AirDrop can be temperamental. And getting devices to “see” each other can sometimes be a challenge. Here’s how to troubleshoot common AirDrop problems.

AirDrop is Apple’s proprietary method of sending files or data locally between two devices. The devices initially connect over Bluetooth, with Wi-Fi doing much of the heavy lifting when it comes to file transfers.

The feature was first introduced on Macs in 2008. It expanded to iOS devices with the rollout of iOS 7 in 2013. AirDrop is excellent when it works, but if you have older hardware, you’re more likely to experience issues. Visibility issues are the most common problem people have with AirDrop—sometimes, the recipient doesn’t show up, no matter how hard you try.

This is one of the reasons Apple introduced the new U1 chip with ultra-wideband technology for the iPhone 11. The U1 is designed to improve device discoverability and eliminate the issues that have plagued AirDrop for years. It will be a while before the majority of people have such a chip in their device, though. For now, we’re stuck trying to get AirDrop to work the old-fashioned way.

We’ve split these tips between Mac and iOS devices, as you can use different methods on each platform. If you want to use AirDrop between an iPhone or iPad, and a Mac, be sure to check out both sections for relevant tips.

Can My Mac or iOS Device Use AirDrop?

AirDrop is compatible with the following Mac computers:

AirDrop is compatible with iOS devices that:

Despite this extensive compatibility, the older your device, the more likely you are to have issues with AirDrop.

Troubleshooting AirDrop on a Mac

There are more tricks to getting AirDrop working on a Mac than there are for an iOS device. This is because, on a Mac, you have access to the Terminal, more settings you can adjust, and the ability to delete files from system folders.

Apple’s macOS Catalina arrives today, October 7. This free upgrade lets you use your iPad as a second display, draw with an Apple Pencil in Mac apps, and run more iPad apps on your Mac.

Catalina is compatible with most Mac models released after 2012. If yours ran macOS 10.14 Mojave, it will almost certainly run Catalina.

Apple has warned for years that 32-bit app support is going away, and this will happen when macOS Catalina arrives. Most apps should be updated by now, but if you have an older Mac app that shows you the “[App] is not optimized for your Mac and needs to be updated” message when you launch it, that app won’t work at all in Catalina.

If an app you need occasionally displays this message when you launch it, don’t upgrade to Catalina until there’s a newer version of that app, or you find a replacement for it.

RELATED: How to Check Your Mac for 32-Bit Applications That Will Stop Working After High Sierra 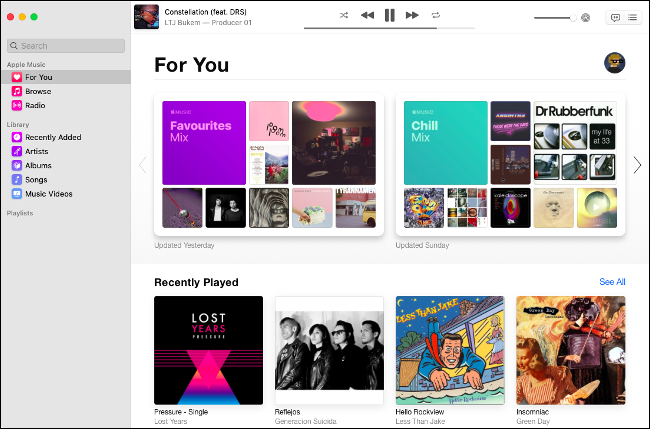 Mac users have been begging Apple to break up iTunes for years, and in macOS Catalina, this finally becomes a reality. There are three new apps to handle media: Music, TV, and Podcasts. The Music app is where you go to stream Apple Music, manage your library, and purchase tracks from the iTunes Store.