Even if you usually use an alias online, you might want to post sensitive things using a throwaway account. Internet detectives won’t be able to go through all your comments and find clues to figure out who you are.

Remember, an account that isn’t identifiable doesn’t protect you from saying something that can be used to figure out who you are. Be careful what information you share.

The term “throwaway account” is also used for other types of accounts online, from email and social media to online gaming. It’s any temporary account that isn’t your main account.

Reddit accounts are free, and there is no limit on the number of accounts that you can create.

You can stay signed into your regular Reddit account while you use a throwaway account if you like. Just open a private browsing (incognito) window, launch a different browser, or use another browser profile. We love Apple’s AirPods, and judging by the number we see on the street, so do lots of other people, too. There’s a thriving AirPod accessory market out there but which ones are worth looking at? Here are our favorites.

The beauty of AirPods is their simplicity and minimalistic approach, but sometimes an accessory or two makes a good thing even better. Maybe you love your AirPods but wish they would just fit inside your ears a little better. Or perhaps you would like to carry your AirPods around on a keychain for safekeeping, making sure they’re always to hand when you need them. There’s an accessory for all of those occasions and more.

When Apple updated its AirPods line to include a wireless charging case, it also made that case available as a stand-alone purchase. Even if you are using the first generation AirPods, you can pick up Apple’s Wireless Charging Case and enjoy wire-free charging.

It’s not the cheapest wireless charging case on the market, but it’s the best by far.

Considerably less costly than Apple’s first-party alternative, this NeotrixQI charging case has all of the features you’d want from a wireless charging solution. Where it differs greatly from Apple’s is the fact that this case isn’t a case for your AirPods, but rather their own charging case.

That means that charging is a multi-layer affair. Your AirPods go into their charging case, and then that case goes into this NeotrixQI case. It’s cumbersome, but it works and if you’re a fan of Russian nesting dolls, you’ll feel right at home here. It’s also available black or white, which is more than can be said for Apple’s own case.

The one-size-fits-all approach of the AirPods works great—until it doesn’t. If you find your AirPods don’t sit securely in your ears, a set of ear hooks might be in order. They attach to your AirPods and then hook around the inside of your ear to keep them in place.

The EarBuddyz 2.0 come in four different colors and you’ll get three pairs in each pack. For $11, that’s a bargain but these things also work, too. And not only will they prevent your beloved AirPods from slipping out of your ears, but they’ll also improve sound isolation thanks to the snug fit they’ll give you.

Your Mac’s Magic Keyboard has an Eject key, but It doesn’t need it because modern Mac’s don’t have any drives to eject. You can repurpose that key to make it do something more useful, and we’re going to show you how.

Below, we’ll run you through three different ways of getting the most out of your Mac’s Eject key. Some of them will require you to download additional apps, and some won’t. But they’re all pretty great and, best of all, make a once-useless key more useful.

macOS has its own set of keyboard shortcuts that take advantage of the eject key and are enabled out of the box. Here’s a quick look at what you can do without any additional software:

If you’re looking to get a little more from your keyboard’s eject key, however, there are some third-party options to help superpower it.

Karabiner is an app that lets you configure the Eject key to mimic other key presses or mouse clicks. It has more advanced options for more powerful customization as well, but for our purposes here we’re going to focus on its simpler options. It’s also open source, and you can download it for free.

Select the “Simple Modifications” tab and click the “Add Item” button at the bottom of the window. 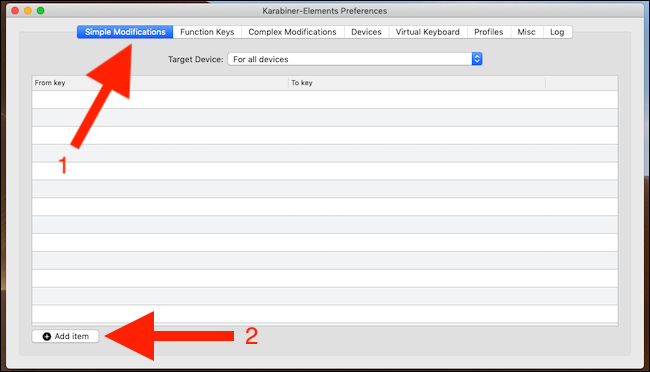 Using emoji is easy on your phone, and it can be just as easy on your Mac. Add an emoji viewer to your Mac’s menu bar for easy access to emoji, symbols, and more with just a couple of clicks.

Macs support emoji just as well as iPhones and iPads do. You can open an emoji panel anywhere by pressing Control+Command+Space, but this larger emoji viewer makes your Mac’s complete catalog of emoji much more browsable.

Of all the different ways of inserting emoji, this one is the easiest. It puts emoji only two clicks away, and as a bonus, it puts other symbols at your fingertips, too. Whether you want to insert the © sign, the Ω symbol, or just a cheeky 🙊, you can do it all in a flash by following this guide.

RELATED: The Ultimate Guide to Using Emoji on Your Mac

Adding an Emoji Viewer to Your Menu Bar

This option doesn’t appear on your Mac’s menu bar by default, but you only have to enable it once.

Click the Apple logo at the top of the screen, and then the “System Preferences” button. 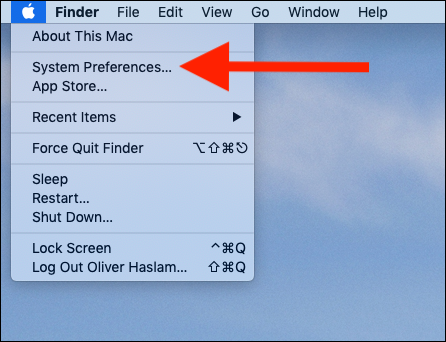 While most people use their Apple TV strictly for movies and TV shows, it’s a perfectly capable little casual gaming console—if you pair it with a good controller.

There are some pretty lightweight games, like Crossy Road, you can play with just the Siri remote, but if you want to get the most out of gaming on the Apple TV you’ll need a proper controller. Not just any old controller will do, however, on top of selecting one that’s comfy in your hands you’ll want it to be MFi certified as well.

MFi controllers have been given the Apple seal of approval, and you know that they’ll work no matter what software update Apple puts out. That isn’t always the case with non-MFi controllers.

There’s an added bonus to picking up a controller that has been blessed by Apple as well. That is, all MFi controllers are certified to work with each of Apple’s mobile devices as well as the Apple TV. Gamers with iPhones and iPads can use their MFi controllers with ease, and that might be of more benefit than you’d think. After all, have you tried to play complex games with touch controls? With a MFi controller suddenly your iPad becomes a better gaming device too.

When shopping for an MFi game controller, there are some that immediately rise to the top of an already short list. We’ve split them into categories based on the very best available, plus two that are more suited to those with small hands or might also want to take their controller out and about with them to sneak in some gaming with a controller on their iPhone or iPad. Here are our top picks.

The SteelSeries Nimbus is the canonical Apple TV game controller, and it’s probably the one you’ve seen used in Apple’s advertising. It looks and feels like an Xbox One controller, which is a good thing, with all buttons just where you’d expect them to be.

Battery life is reasonable at 40 hours between charges, and when the time does come to add juice you can use the same Lightning cable that you charge everything else with.

Mad Catz is a name that gamers of a certain age will be very familiar with because it’s been around a long time. The company knows how to make a wireless controller, and the Micro C.T.R.L.i has some tricks up its sleeve.

Again, if you’re familiar with the popular Xbox One layout then this will feel right at home. Unlike our previous pick, however, this one features a snap-on stand to mount your iPhone on—a nice hidden value for those times you want to take a break from the big screen or game on the subway.